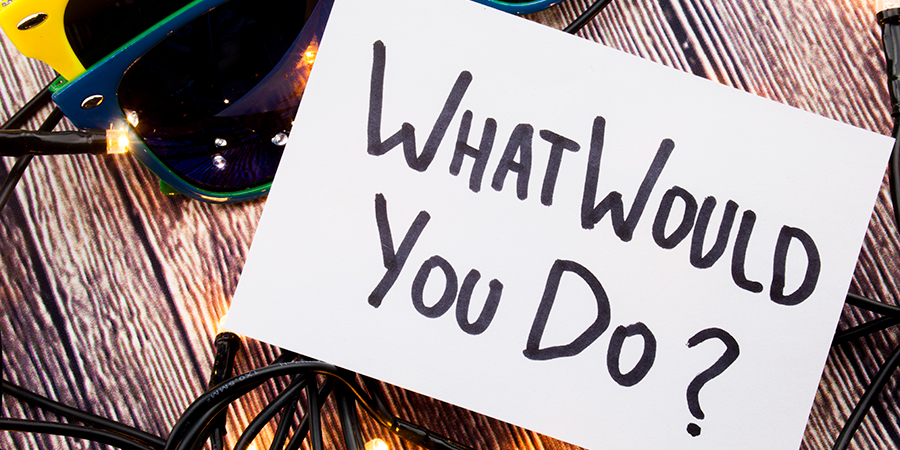 Adventures in Missing the Point

Growing up Southern Baptist, I learned as a young child about my missionary hero, Lottie Moon. She lived in the late 19th and early 20th century and devoted 40 years of her life to being a missionary in China. She was, in fact, an early feminist who championed the right of single women to do more than just teach on the mission field. Her feminist leanings were not emphasized in my church mission studies, as you might suspect, but I digress.  The BIG story of Lottie Moon that we learned was how she sacrificially provided her own money and food to the Chinese people through plague, famine, and war, ultimately to her own detriment, as she was sent home in 1912 weighing only 50 pounds and died en route from severe malnutrition. Lottie was my hero, as she was for many Baptist kids. I recall a young man in my first teaching job at a Baptist university in Texas who used to say facetiously, What Would Lottie Moon Do? (this was at the height of the popularity of the What Would Jesus Do bracelets everyone was starting to wear).

As a young child I had decided I was going to be a doctor. This evolved into wanting to be a medical missionary, and ultimately, by the ripe and wise old age of 10 or so (as I was also becoming star struck from watching a bit too much TV), I was certain that I needed to become a MEDICAL MISSIONARY TO THE STARS. I kept a journal of sorts on notebook paper kept safe in a manila envelope, that my family discovered, that revealed this high occupational wish, and they have never let me forget it. In my defense, I felt like making sure that Lucille Ball and Julie Andrews and Carol Burnett were “saved” and sharing heaven with me was just as important as saving the starving children in China.  Had I asked myself, “What Would Lottie Moon Do?” (WWLMD), I would have recognized my first Adventure in Missing the Point. . . .

Fast-forward a good 40 years (the length of Lottie’s tenure in China), and here I am – not a medical missionary, certainly not a missionary to “the stars,” not even in the medical profession. I’m “sheltering in place” and wondering what life will look like after the first pandemic of my lifetime.

Meanwhile, in the Republic of Georgia (formerly a part of the USSR), my sister is sheltering in place with her Georgian host family. Almost a year ago she joined the Peace Corps and was assigned to teach English in a small village in the wine country of Georgia. We joked that being in the Peace Corps would be like being a missionary without church involvement.  Her goal, like any good “missionary,” was to make a difference in the lives of the people with whom she would work. Kathy is good at Adventures in GETTING the Point. When COVID-19 began to reveal itself in pandemic proportions, the Peace Corps decided to de-commission ALL Peace Corps volunteers around the world and send them home. In the midst of all the chaos, Kathy decided to de-commission and stay in Georgia a while longer. She reasoned that the number of infections in Georgia was quite low, while in the US we continue to struggle with mitigating and containing the virus; and that no longer being affiliated with the Peace Corps opened up opportunities to “make a difference” heretofore unavailable to her. I told her that Lottie Moon would be proud of her (she laughed), which is the Sheppard way of deflecting with humor that her big sister was extremely proud of her.

We are all faced with lots of choices, these days, that we never anticipated needing to make – how to help a neighbor or friend and still maintain social distance? how to maintain community and friendships when we should be socially isolating? are brownies and ice cream really “essential” and worth a trip to the store? WWJD?  WWLMD?

I have a neighbor – an older woman named Barbara. She and her little dog, Molly, often walk by our house and we stop and chat. I hadn’t seen her for awhile, but yesterday she was limping by on her way to the mailbox. I asked her how she was doing, and queried where Molly was. She said that Molly had died in February at the ripe old age of 13. Losing a pet is always difficult, but I could tell that it was especially devastating to her given she has to spend so much time at home alone these days, and the house seems especially empty. My first instinct was to go out of my yard and give her a hug. No. Or invite her in for coffee or over for dinner. No. Bake some cookies and leave them on her doorstep with a note. Maybe? The last thing I want is to take another Adventure into Missing the Point and put her life at risk. What Jesus and Lottie Moon might once have done, might not be the same as what they would DO today.

These days, I spend a LOT more time contemplating what Jesus and Lottie would do to make a difference in others’ lives under the current circumstances. It’s a good thing I have some time on my hands . . .